Yesterday, Rochi got home from the store without the beer he’d gone to fetch. Instead, he’d brought home a perplexed expression.

“Groan,” said me. “Where did you have it last?” I’m a big fan of the Sherlock Holmes method.

We got into the car to drive back to the store, where we checked the parking lot first, not expecting much, and that’s what we found. So we went inside, to customer service. The lady in the booth was on the phone and gestured that she was already helping the gentleman waiting on the electric scooter. So we waited. Soon another lady came along, also wearing a perplexed expression.

“I left my iPhone in my shopping basket but now the basket is gone but tracking says the phone is still in the store. Are you waiting for customer service?”

I nodded toward the gentleman on the electric scooter. iPhone lady settled in to wait.

Not long after, another lady wearing the same perplexed expression came along and asked where the line began. Again I nodded toward the gentleman on the electric scooter and asked, “Did you leave something behind?”

This led to a spirited conversation about the relative values of the things we’d left behind and the difficulty of replacing them. The lady in the booth was still on the phone.

In time, a nice lady in a store uniform came along and asked what we were all waiting for.

“Well,” says I, pointing to each of us in turn. “A debit card, an iPhone and a six pack of beer. Guinness, no less.”

The nice lady opened the door to the customer service booth and handed over the beer, simultaneously digging around in a drawer. Her hand emerged, clasping a Bank of Hawaii debit card. Just then, one of the cashiers waved an iPhone in the air. We all looked at each other, simultaneously thinking, “What are the chances?” as we reclaimed our loot and headed out.

I don’t want to jinx it by giving it a name, but it feels like there’s some kind of magic afoot here in Puna. Just the other day, we were wondering: When you live in Hawaii, where do you go for a vacation?

After five long days of lashing rain, the clouds finally parted and we got a chance to work in the garden today. Some of you will probably think I am crazy for saying that. When I told the cashier at the hardware store that Rochi tends to work too hard, she laughed but then shrugged and said, “I can’t help you with that one.” 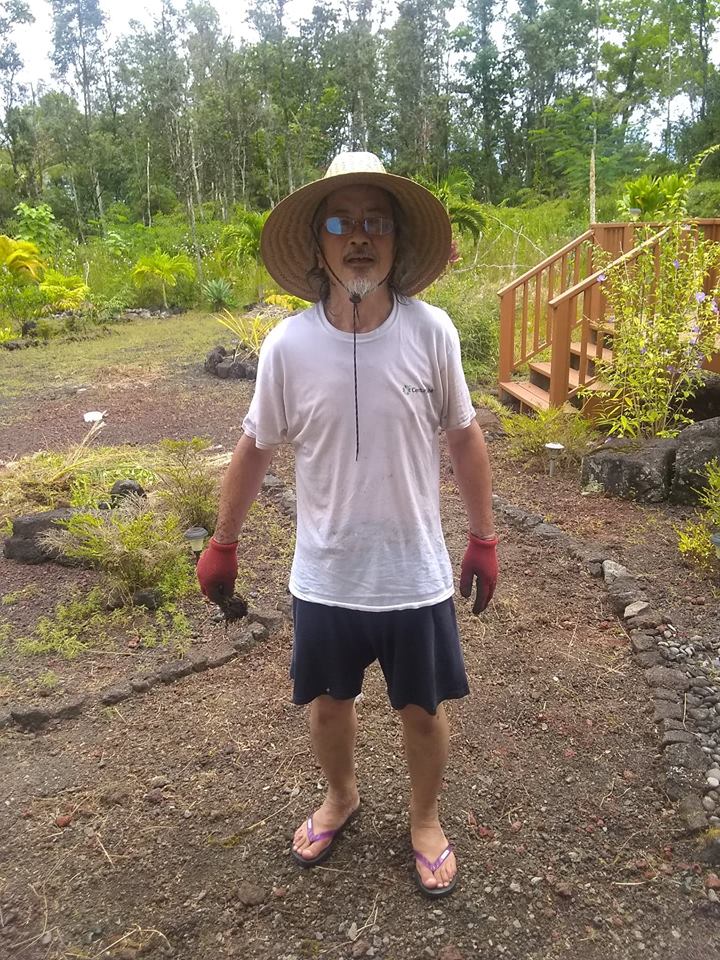 Yeah, I’m spoiled. Gardening is back-breaking work, after all, but the garden that came with this house is proving to have been planned and planted by someone with exquisite taste. We are attempting to do it justice.

As we work our way through the weeds and palm fronds, we discover delightful and mysterious plants that we can’t begin to identify, like the Nessie I posted the other day, which turns out to be a variety of agave, and this, which I’m calling the asparagus plant but turns out to be Pedilanthus tithymaloides variagatus, which I can’t pronounce so it will remain asparagus plant. (Don’t worry, I won’t eat it.) 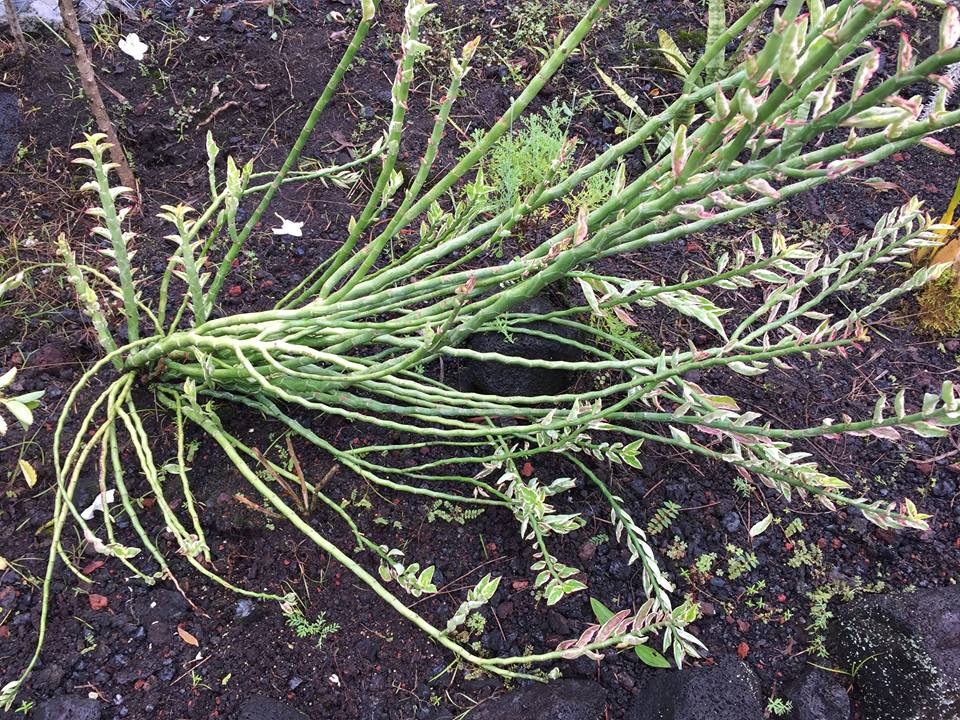 I had promised that I would finish weeding and trimming the line of volcanic rock that demarcates the edge of our garden and our neighbor’s hideous chain link fence.

Imagine my surprise when I pulled aside a handful of creeping vine things and discovered that the 2018 Pahoa International Championship Snailathon was underway! 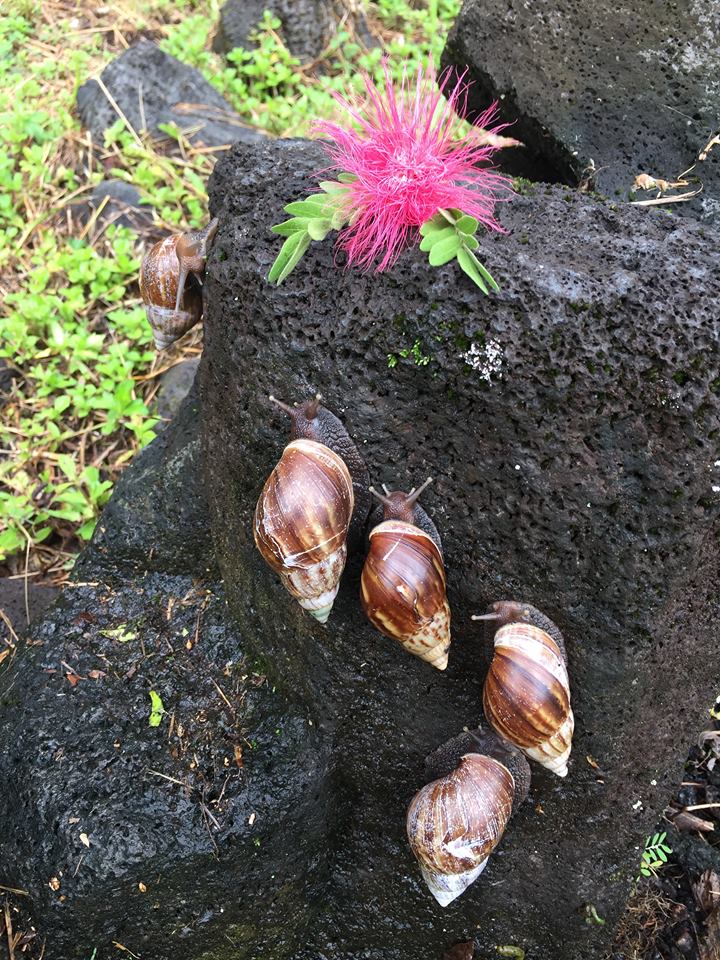 Sadly, I did some research and found that Hawaiian garden snails are actually imports from Africa and completely useless, the cockroaches of the gastropod world. They carry diseases and murder banana trees, doing more damage to gardens than Peter Rabbit and all his long-eared friends.

However, like the neon green lizards and the evil looking thorny things that make up our front hedge, I have decided to live and let live unless they start nibbling on my papayas. In that case, I will have to give them a stern talking-to. If that doesn’t work, I’m told they like beer and are stupid enough to drown in it, but the thought of having to deal with a container full of drunken dying slugs is the stuff of nightmares. Let’s call that Plan B.